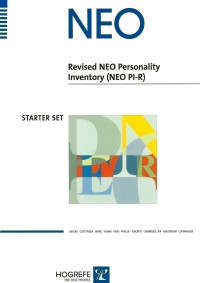 A Guide to Interpretation and Feedback in a Work Context

Originally developed by Costa and McCrae, the NEO Personality Inventory was the first psychometric instrument specifically designed to measure the Big Five domains of personality. It includes the facility to measure the six most salient facets of each domain, providing detailed measurement of individual differences across five broad personality domains and 30 underlying facets. This faceted Big Five Structure has become known as the Five Factor Model (FFM), and the NEO has become internationally recognised as the "Gold Standard"-instrument for measuring the FFM. In 2004, for the first time, the NEO was anglicised and standardised on the British working population. This adaptation of the NEO was developed at City University’s Psychometric Centre under the direction of Professor John Rust. The great amount of detail provided in the instrument provides a platform for substantial insight into an individual’s style of understanding the world and operating within it.

Factor analysis was carried out on a sample of 609 respondents from the UK standardisation using a varimax principal components analysis. This mirrors the analysis carried out on the original US version. The UK and US results show close agreement. There is now extensive evidence available in the literature concerning the validity of the NEO in a wide variety of settings.

The NEO was administered to 1301 individuals in a broad based sample of working people in the UK.

Most respondents require 30 to 40 minutes to complete the paper and pencil version. Completion of the computer based version tends to require 20 – 25 minutes.